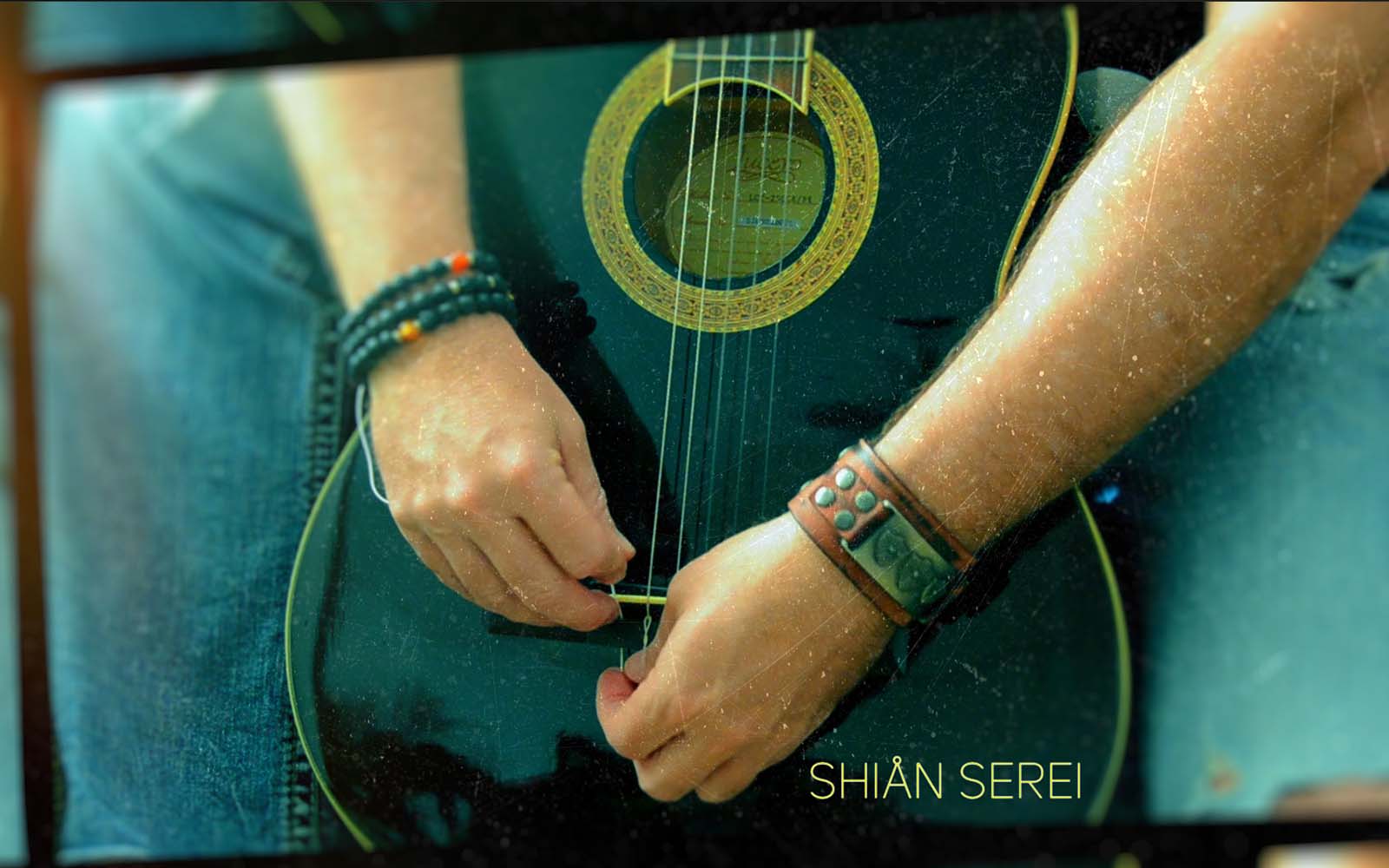 Currently residing in Las Vegas, Shian Serei grew up in Yateley, England. His family eventually moved to the United States, where he attend the University of New York. Shian explored several career opportunities and hobbies but artistic interests were always his most passionate. Writing came naturally to him and through the years he had chances to write for others, but eventually the stories he wanted to tell became his priority. 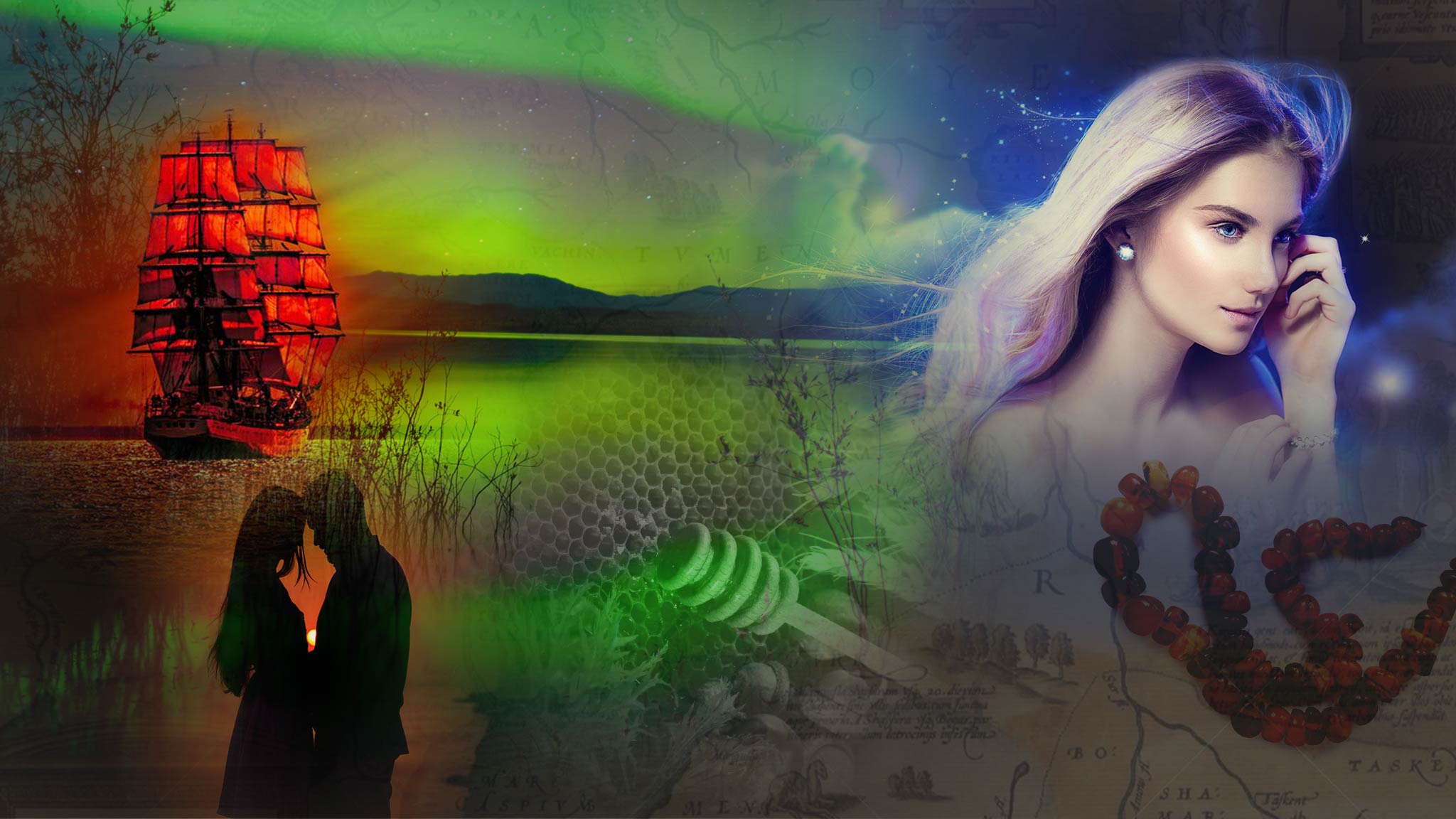 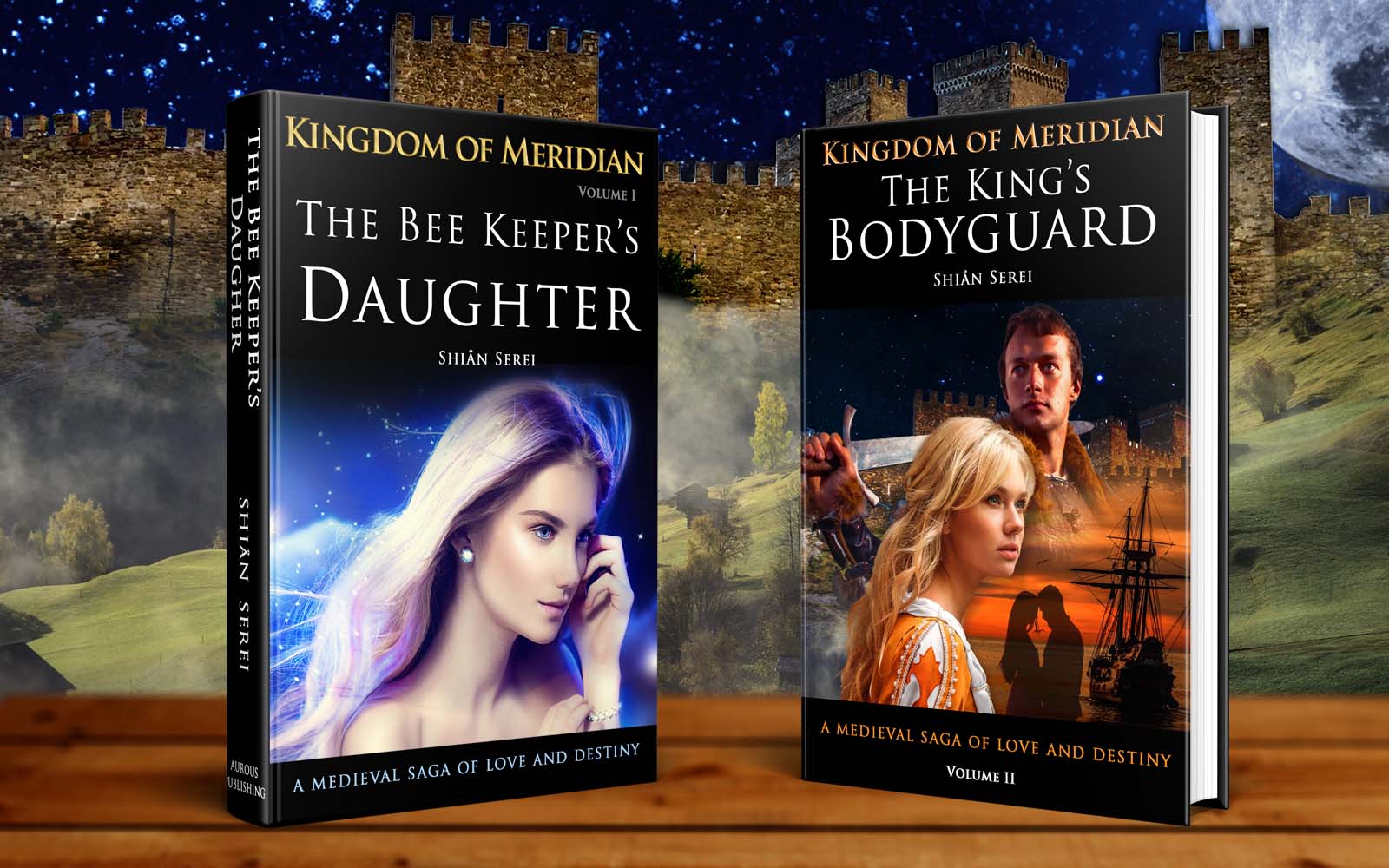 In 2012, Shian began work on The Kingdom of Meridian romance novels, a five volume saga based in medieval time. The saga follows the life of a young Russian woman who must flee her simple life on a farm outside Rostov, in hopes of surviving a horrible twist of fate. Her destiny carries her to another country where journey reveals far more than she could have ever imagined. Serei invokes over one hundred Russian words in each story (complete with an index to translate in the back of the books) to capture the depth of the language and build a vivid world of the time and energy that existed in 1290 AD.

Video Stories about the Kingdom of Meridian

Shian is an avid artist and award winning filmmaker. His popularity on social media is more about his promotional videos than his books, but he is delighted to connect with fans and share his passion for storytelling in print or cinematic mediums. Some video highlights are below: Children's Books 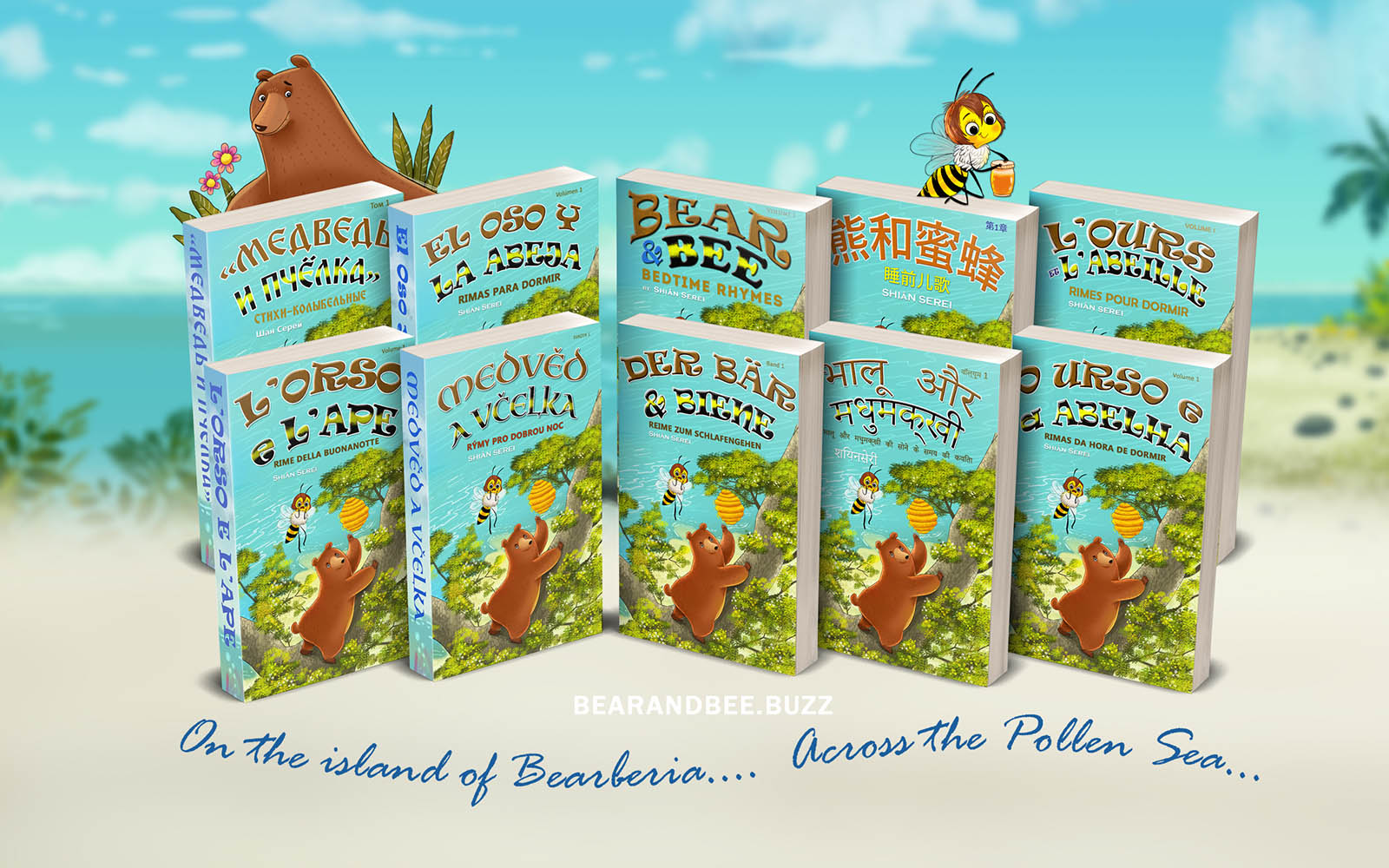 The Bear and Bee Bedtime Rhymes are a multimedia style of storytelling about two unlikely characters that become lifelong friends. The story pairs a kind bee with a reckless but good hearted bear. Designed for mobile devices, the story incorporates acoustic music, games and activities for children who may need more effort to get to sleep at bedtime.

"I wanted to be more dimensional, rather than only writing books of a single genre (Romance), so I ventured into children's literature with a series called The Bear & Bee Bedtime Rhymes. The children's stories were a way for me to include more personal elements of story telling from when my children were small. At that time, they wouldn't go to bed without a nightly concert of acoustic guitar. I included those concerts in the books as recordings as well as other electronic features, so that a parent can take out their phone or tablet and engage with their child at bedtime; telling a rhyme, viewing illustrations or playing a game or puzzle." -Shian Serei The Bear and Bee have been translated into ten languages and are available worldwide through Amazon.com. 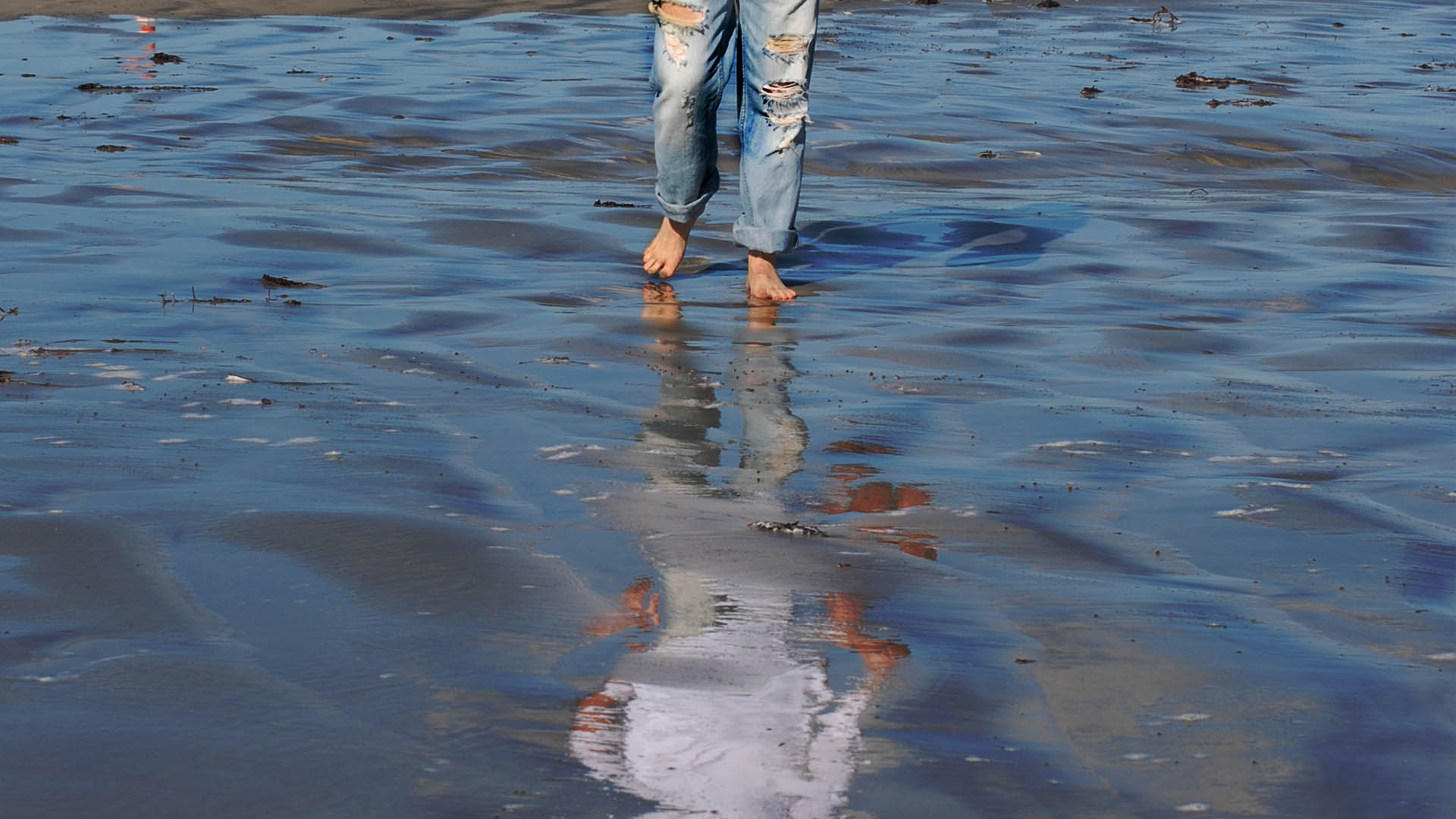 Shian Serei supports children's charities in Uganda and Guatamala, and urges everyone to consider making a similar effort in the under developed country of their choice. "Raising children as a single father taught me a new perspective about what it means to be 'home'. A large population of children are are being raised by one parent, a grandparent or foster parents, and other situations. I've learned that regardless of whom a child relies on as their parent, as long as there is love at home, then a child should feel 'normal' about their homelife." -Shian Serei

"There is no hope for many children unless people wake up to the reality of hunger, lack of clean water, disease and ignorance that keeps many children from ever reaching adulthood." -Shian Serei

Shian takes on on a lot of projects, and enjoys an active lifestyle of fitness, travel and various pursuits. He is a polyglot, speaking four languages and learning another on any given day. His fascination with languages and customs, especially in Eastern Europe, is woven into his romance novels from the Kingdom of Meridian series.

Shian has also been a sponsor and recurring member of the judges panel for the International Peace and Film Festival, held annually in Orlando, Florida. 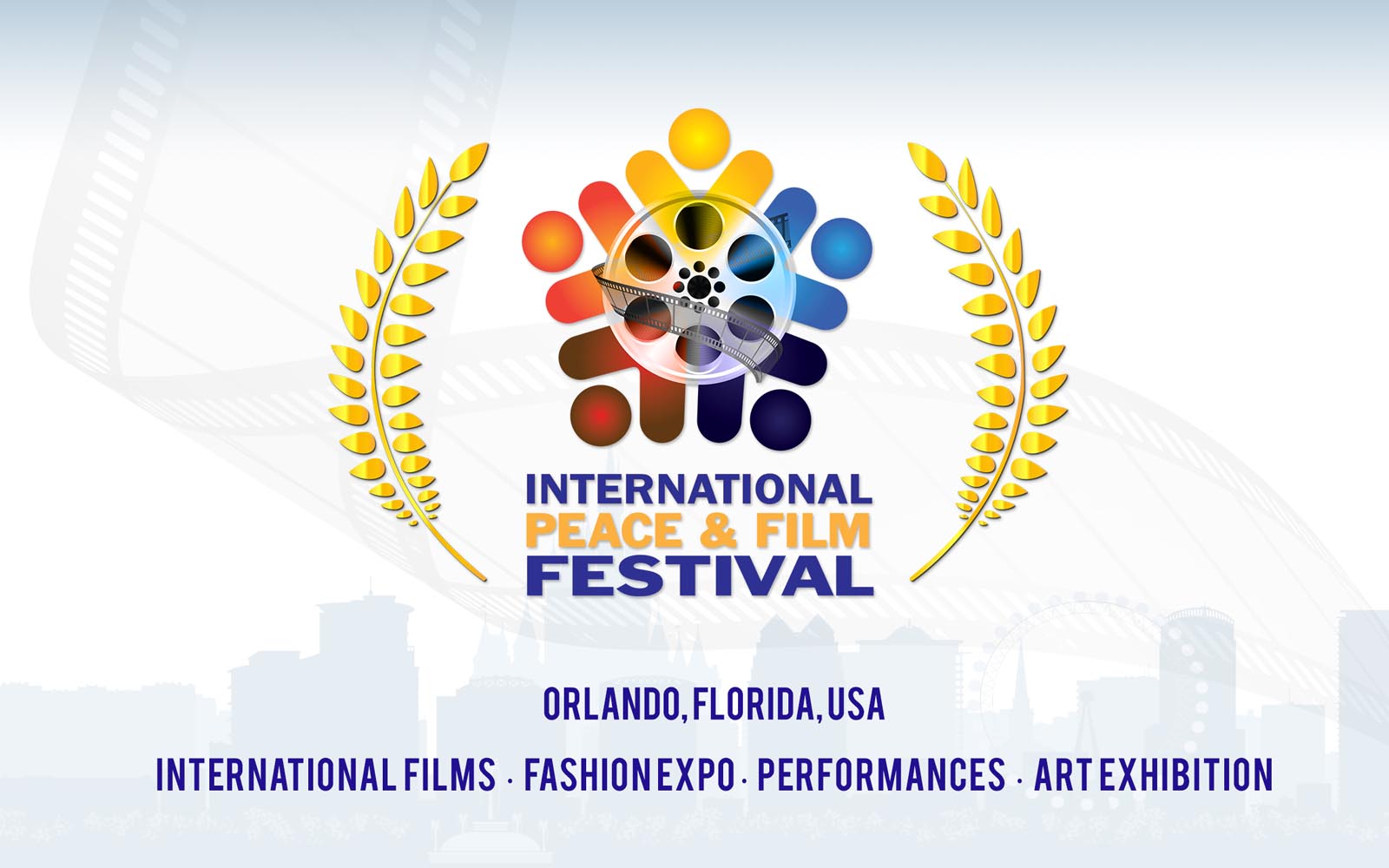